​As first time entrants in the RHS Britain in Bloom Competition National Finals, Goring-on-Thames in Bloom received a Gold award from presenter Dame Floella Benjamin at a glittering ceremony at the RHS's Lindley Hall in Westminster, London on 25 October.
They were then recalled to the stage to accept the trophy for best in category of Small Town from across the UK, obtaining the highest marks from among seven other communities.
​Representatives from 68 Bloom Groups were present at the event to find out how their efforts had been rewarded. 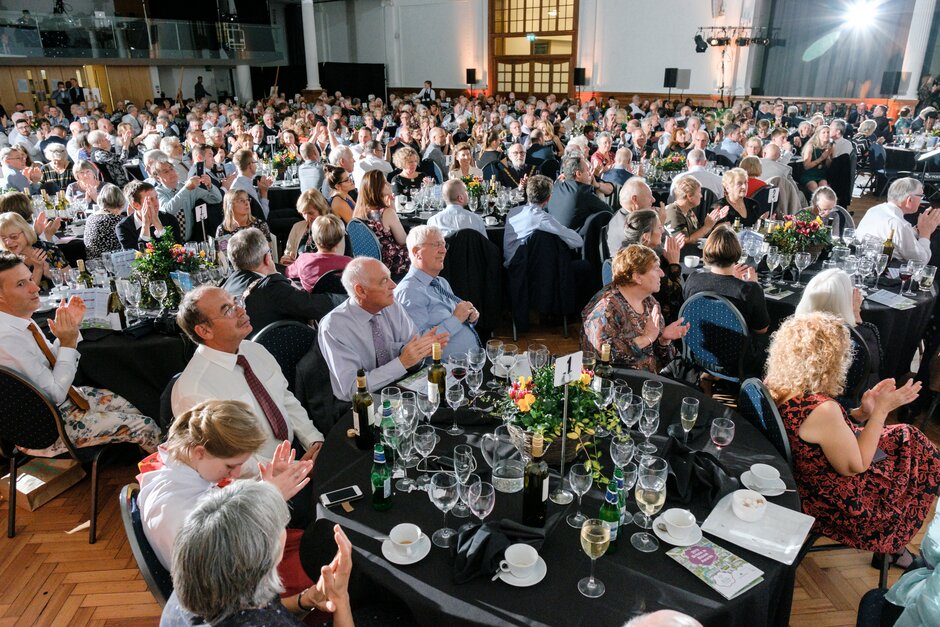 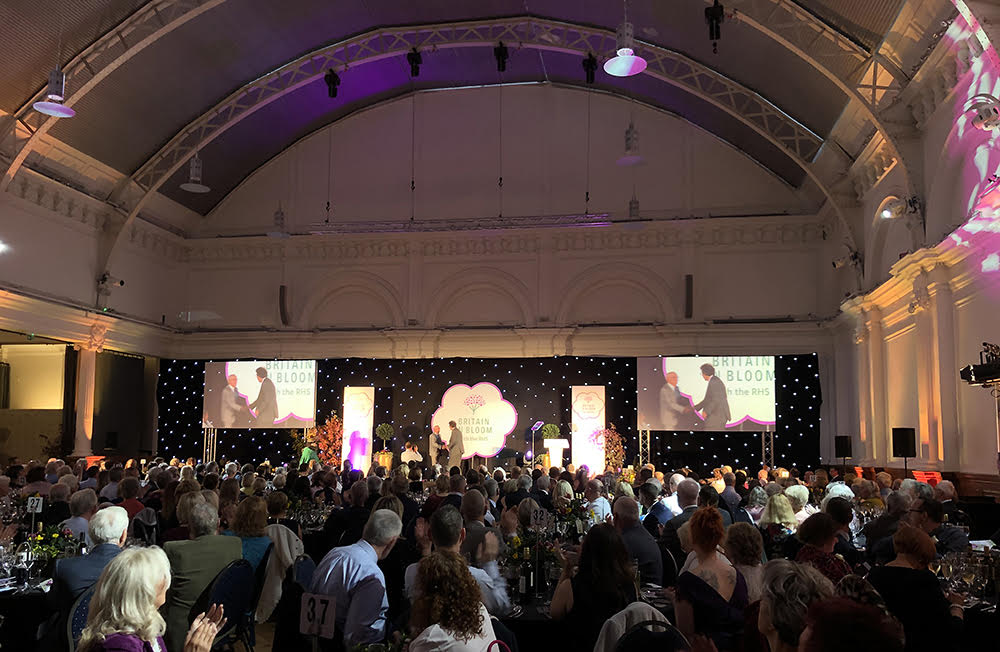 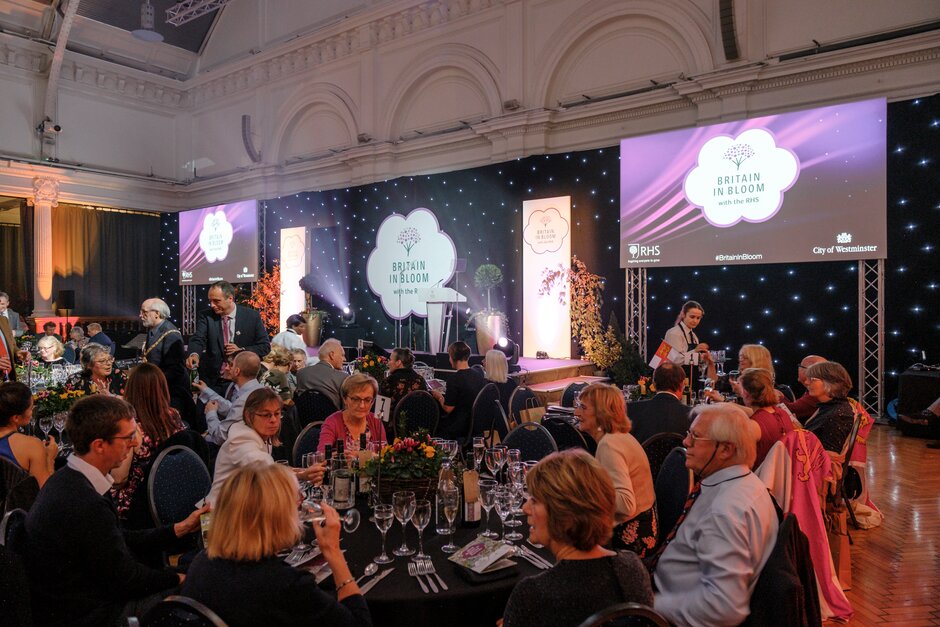 Not only the Gold award with the highest points for the small town category. And the icing on the cake was the Regional Award for Community Involvement, in recognition of the success of the Sunflower Shower project run by Rosie Brook, which showed an innovative way of recycling unwanted plastics into an attractive and decorative art form. Goring C of E Primary School received a Highly Commended certificate in the Mark Mattocks awards for their lovely courtyard garden. 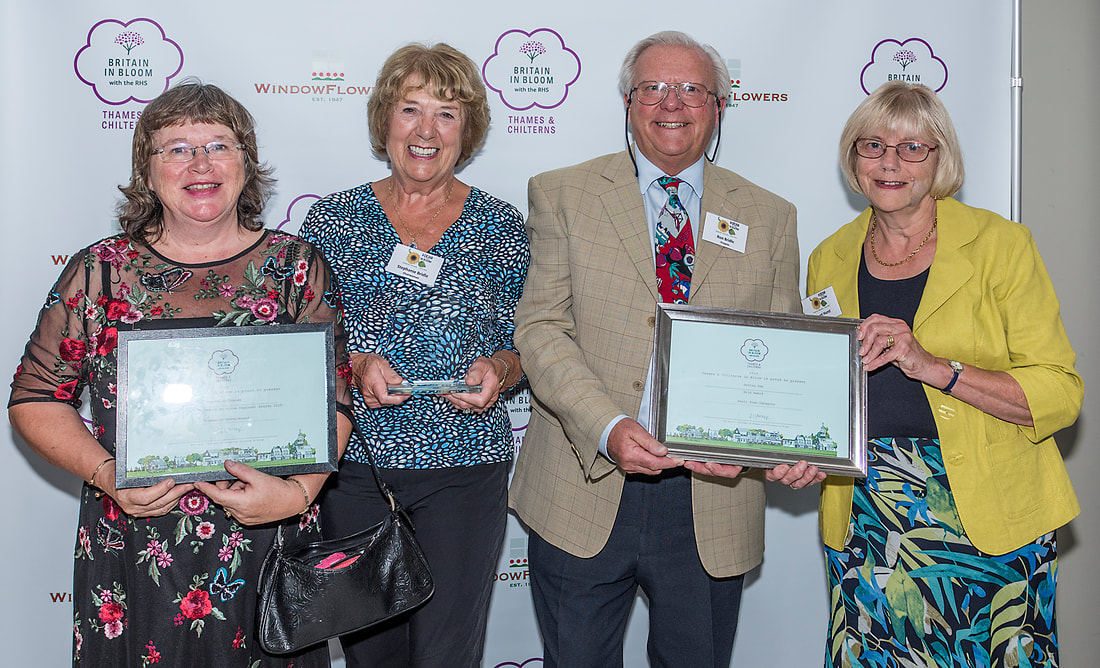 The Team collect Gold in the small town category plus Best in Category and Pride of Place awards. Goring Primary School was also awarded a Highly Commended certificate. 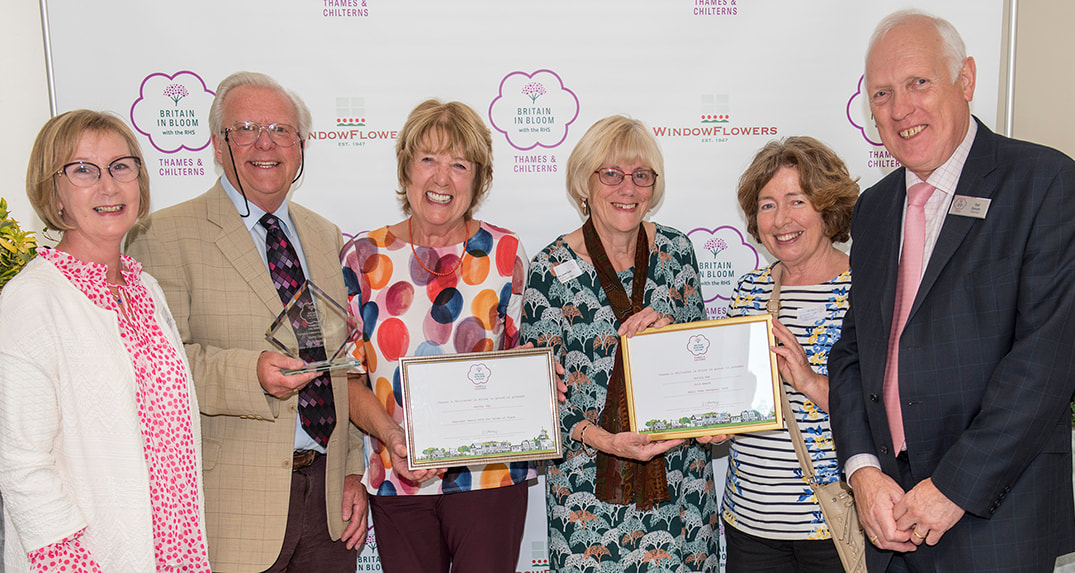 Sue Ritchie, Ron Bridle, Stephanie Bridle, Janet Hurst and Gill Haigh with Ted Smith (RHS Thames & Chiltern Regional Chairman)
The Pride of Place citation states:
​Pride of Place features in all that one observes in this small town.  It is not just to do with cleanliness and tidiness but a total sense of pride from all the participants in what they do and achieve.  The In Bloom project has encouraged businesses and residents – individuals and families – to get involved in caring for their village.  Grotty beds at the back of the car back, around the public toilets and along paths have been cleared and planted with perennials and bright sunflowers;  wheelbarrow displays encouraged local businesses to participate in a theme-based competition;  an increasing number of premises provide their own displays; and finally, but by no means least, commuters now benefit from an embankment filled with new plants at the local railway station.
The Award for Pride of Place goes to Goring Gap 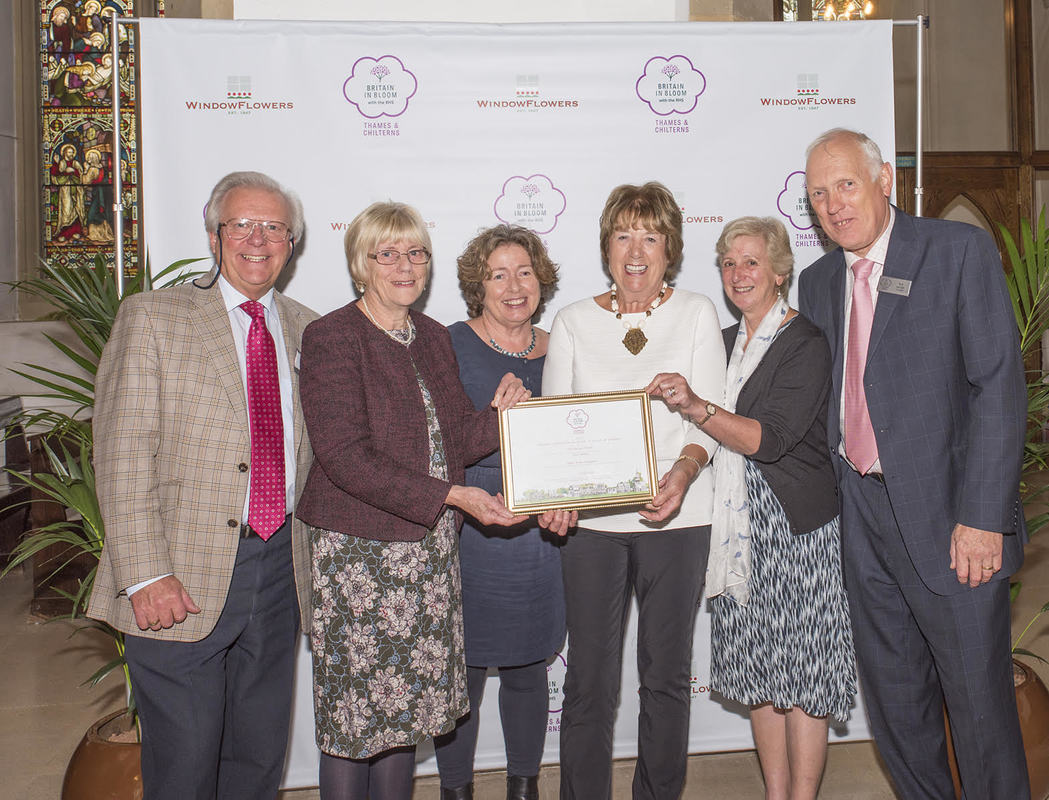 At the Thames and Chilterns in Bloom awards held in Oxford Town Hall on Wednesday 16th September we were delighted to find that we had won a gold award AND were the overall winners of the Small Town category. All very unexpected. Goring School were Highly Commended in the Mattocks Schools Challenge. Many thanks to all our supporters, waterers, planters and funders. 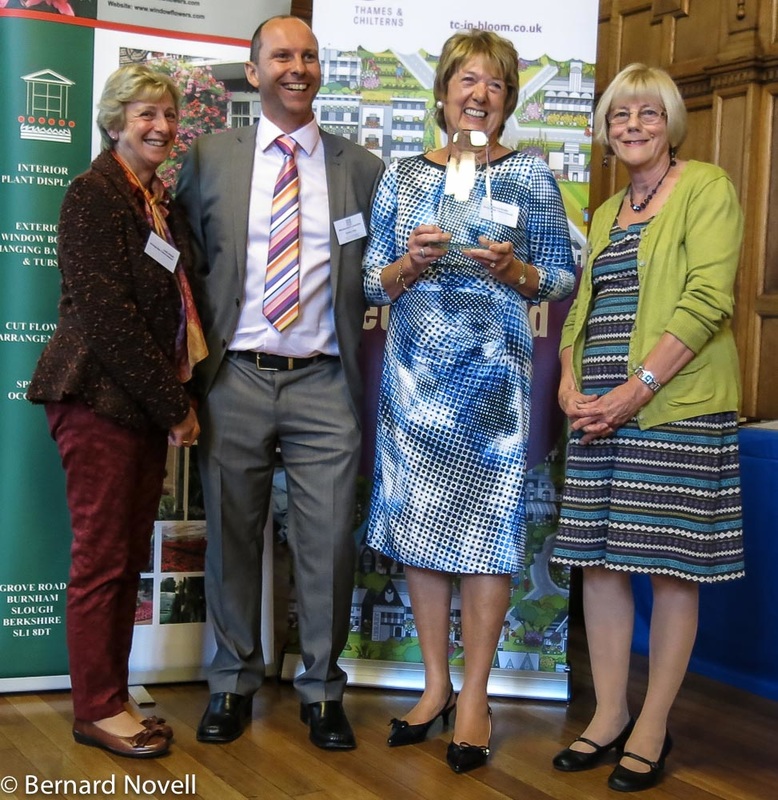 At the Thames and Chilterns in Bloom awards ceremony yesterday, Goring Gap in Bloom achieved its most successful year yet in the competition.  Not only did we win the Regional Award for Best Community Involvement and the Regional award for Conservation and Wildlife we also won the coveted Mark Mattock Trophy as overall winner in the Schools challenge. The icing on the cake was our silver gilt award for our all round efforts in horticultural achievements, environment and community involvement. This year no gold awards were presented in our category  and, bearing in mind the problems that were afflicting the hanging baskets at the time of the judges’ visit, the committee was delighted to achieve the highest grade in the Small Town classification.

Moreover we can report we won more awards than any other entrant in the whole competition, which includes a strong list of villages, towns and cities throughout the whole of the Thames and Chilterns area, including Henley who hosted the event as finalists in the national competition.

We shall report more fully in the next issue of the GGN but in the meantime  we would like to thank all those enthusiastic and supportive members of the community who have worked with us to achieve this exciting outcome. 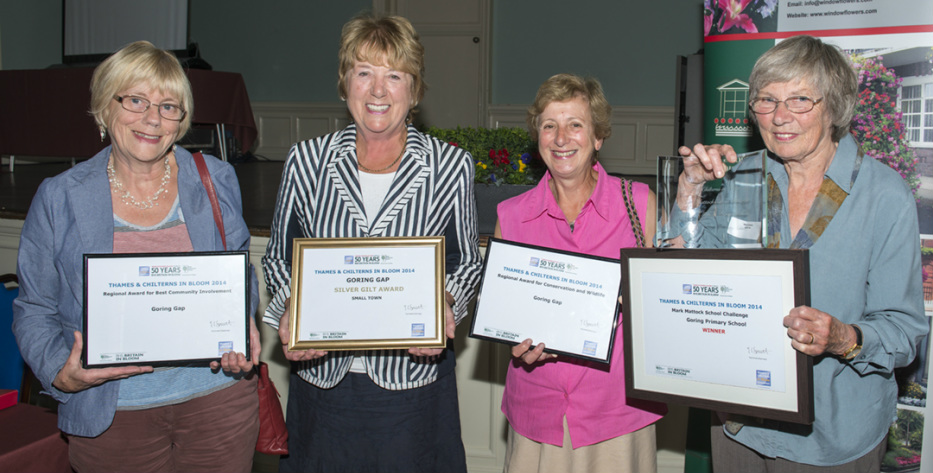